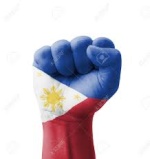 In brown we trust!

Its not about 'shaking things up' its about making a difference to the first team.
Who can replace Mike Hale in the ressies, is there anyone better than Davis, Marshy or Freeland in defence. Is there anybody to replace Winder, Hunter or Akrigg in midfield or have we a better striker in the reserves than Aaron Taylor...this season's results would suggest not. We've signed one in Zach Clark but there is a whole lot of work to do.

All good players granted but NOT doing it at the moment, clearly nobody in the league can replace Mike Hale , Adam Freeland,Jacob Davis former reserves Billy Akrigg former reserve player all they needed was a chance & yes Plackett is better than Freeland

I hope he is, if he's a local lad I'd be delighted to see it. But ive yet to see him on the first team bench yet alone in the first team under DP & TS but if Brownie thinks he's good enough, he'll put him in. I will gladly hold my hand up if he makes the first team and is a success. BTW Akrigg came from Slyne and Davis from Caton Utd. But that's nothing as both Marshy and Connie played for Marsh United.

Yes they did come from those clubs but both went into reserves first, Plackett from Morecambe & you would have to ask DP & TS why they never picked him, maybe it's because they hardly ever watched a reserve game !!!

To fund new players maybe one or two of the bigger earners need to go, I should imagine the more experienced players must earn decent money. Can we afford it in crowds of 140 average ??

Is there anything we can do as fans to help boost attendances or are the people of Lancaster just not interested in there local club?

I would happily stand in the city center handing out flyers to promote the club
with something like The club needs you! why watch football on your t.v when we have live football at the giant axe with a fixture list and a map on it or something?

Something needs to be done as some people do'nt seem to want to use the reserves so money has to be found to fund the influx of players obviously needed, Go into schools & give school kids tickets for free entry with a paying adult it works at other clubs .

DollyTillIDie wrote: but bear in mind Vics were a superb side

True, but it seems to be that now, in our ninth season in this league, we are unable to compete with its best sides.
We're going backwards, not forwards.

A lot of work for Phil to do. Historical note: Alan Tinsley lost his first game 5-0 and went on to be one of City's best managers!

Agree entirely but it was more of an explanation for the 4 goals. As I said defence haven't been the best anyway.

Getting more fans through the gate is a different issue that's taken up hours and pages of debate, I beg that we don't start taking about it on this thread.